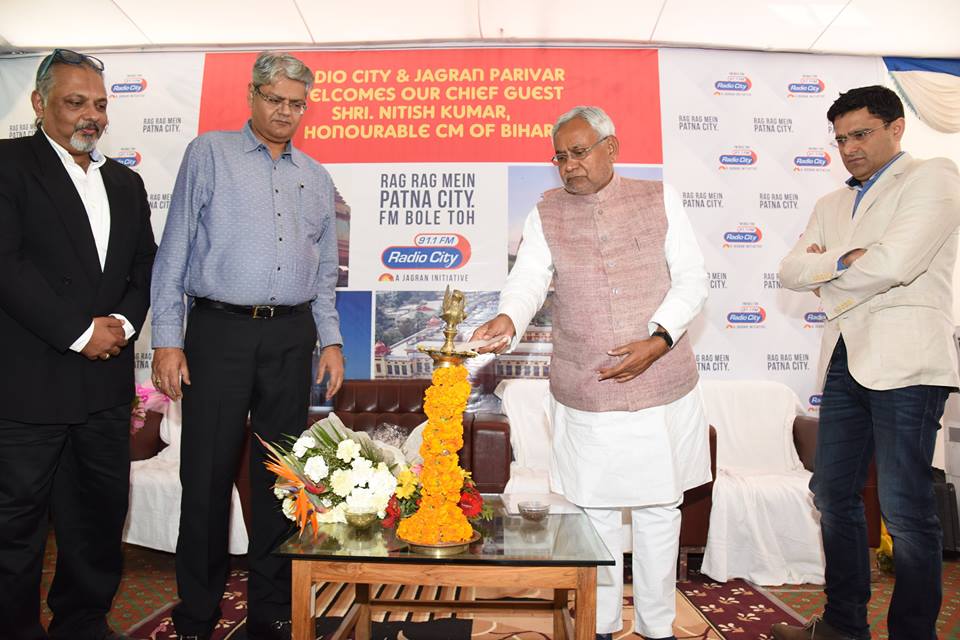 Radio City has launched its new FM station in Patna on 24th March 2017. On this occasion, Bihar Chief Minister Nitish Kumar was present and done the inauguration ceremony of the Radio channel.

Mr Kumar has also said that during this age of modern technology and social media, TV media has very strong penetration in human society but still Radio is playing its own role. People still listen this old medium of communication. He was also remembering to listen the evening broadcast of news during their initial political carrier.

Radio has its own unique user base and mostly people are using this medium now a day in their car or some public transport system. Specially radio is playing vital information system when people are in traffic jam or some special short news to air.

Radio City 91.1 is 2nd FM channel in Patna. Radio Mirchi is the first.
It belongs to Dainik Jagran Group.

Radio City 91.1 FM is second FM channel in Patna. Already Radio-Mirchi 98.3FM is working in Patna for last couple of years. Now people of Patna can enjoy the changing of channel during their FM listening mood. Let us see what these two FM channels will give competition to each other.

Already FM channel has changed the sound quality of Radio and its variety of entertaining program fleet that engage youth audience a lot.

Radio City will be aired at 91.1 Frequency band and it will entertain people of Patna with old and new songs, information and specially its copyrighted content named Babber Sher.